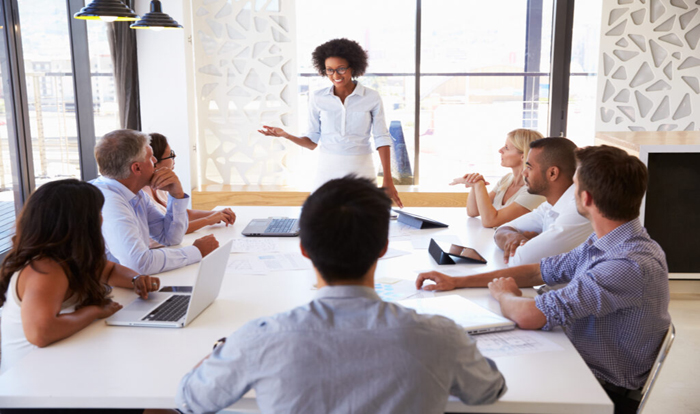 Facts and figures are essential in business. But if you want to communicate an idea and make it stick, stories work best. Which is why we sometimes use “personas” as part of our storytelling kit at SalientMG. They deepen the connection for the audience (and make it more interesting for reader and writer, to be honest).

But the real skill is in making the spinning of the tale elegant and seamless, so the reader doesn’t know when they start to care about the characters, until they do. It’s only when we throw in a problem, or tricky scenario into the mix, that the audience suddenly notices that they need to know what happens next.

Written on the Body

The very nature of storytelling (generally) depends on a 3-act structure with situation-challenge-resolution at its core. But did you know that stories work viscerally too? They shift our internal weather systems – our hormones, and have a deep impact on our brains.

Behavioral scientist Dr. Susan Weinschenk, writing in Psychology Today, explains how the body responds on a sub-epidermal level when stories enter the (mental) picture, as opposed to the simple (but sterile) facts and figures:

“Let’s say you are listening to me give a presentation on the global economy, [and] we had you hooked up to an fMRI machine, we would see that your auditory cortex is active, as you’re listening, as well as Wernicke’s area of the brain where words are processed. But what if I started telling you a story about [people in] South America [directly] affected by changes in the global economy? [Then ] we would see many other parts of your brain light up.”

As Dr. Weinschenk goes on to say: “If, in my story, I described the sharp smell of the pine forest high in the Andes [where they live] your olfactory sensory areas of the brain would be active as though you were smelling the forest. If I described [them] driving over rutted muddy roads [ ] your motor cortex would be lighting up as though you were driving on a bumpy road. And if I started talking about the devastation [they felt], [then your] empathy areas of the brain would be active.”

You’ll probably know this to be true from your own experience: When reading a truly evocative story, your senses are fully engaged. If the body is actively participating in the story, through identification, then it becomes more deeply imprinted. As Dr. Weinschenk confirms:

“Because you are having a richer brain event, you enjoy the experience more, you understand the information more deeply, and retain it longer.”

Neurologist Dr. Judy Willis, in her article for Edutopia (part of the George Lucas Educational Foundation) points out how stories shift our hormonal state, and reinforce a sensation of comfort and ease.

“Far beyond childhood, when one recalls being read to or told a story, there is a renewal of the sense of being cared for. That positive emotional state can resurface throughout one’s life when narratives are heard. The brain’s response [to stories] is a release of dopamine, triggering a feeling of deep satisfaction and pleasure.”

Dr. Willis’ research concurs with Dr. Weinschenk’s earlier findings. Narratives change our physiology and so stories “stick” in the mind of the reader:

“The four-step structure of narrative [also] forms a mental map onto which new information can be laid,” writes Dr. Willis. “When [that is] presented in the familiar narrative form, the memory structure facilitates the brain’s retention of that information.”

Influenced by such research, at SalientMG we usually deploy a narrative structure to convey a concept. Sometimes that structure is hidden, underpinning the thought leadership strategy and setting the flow of the ideas that follow. Often it’s a more explicit part of the content we produce so that the combination of the idea and its supporting points have the most impact.

For example, when writing about the importance of a Thought Leadership Program, in this article, we start by coming up with two characters for the reader to identify with. We give them names, context, problems to solve, and then a satisfying tying everything up at the end conclusion to prove the point.

It may sound easy, but it’s not. Especially because we have to find a persona that’s “universal” – someone nearly everyone can identify with – and a situation which strikes enough of a chord for us to “feel” as if we’re inside the story. Then we have to take that relatable figure and explore ideas or solutions that are instantly recognizable as applicable across a variety of scenarios.

But when it does work, it becomes memorable. The narrative structure is appealing to the reader. Dopamine is released which leads to imprinting. The audience can put themselves (mentally) in the location, different parts of their brain lights up, and they can almost “see” how they’d respond. If the story’s resolution is satisfying, they feel their time spent was amply rewarded. Perhaps then they even feel compelled to take action.

And our job as storytellers is not only done – but, in business terms, justified.

This is the second article in our series about the importance of storytelling in thought leadership. Be sure to check out the first part here:

The “What If” of Thought Leadership

Ready To Get Started?
Comments are closed.