These 5 Journalist Tips Will Help Uncover Your Company’s Stories 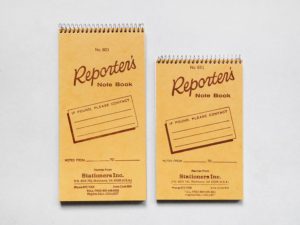 It turns out reporters aren’t the only ones who have to go digging for stories. I volunteer at a wildlife rescue organization in my home of Portland, Oregon and I had to laugh the other day when someone from the communications team there lamented, “We don’t always find out about all the great stories here.”

Ha! Man, do I know how that feels, I thought.

In the reporting biz, not knowing is inherent in the job description. It’s all about poking around to uncover and piece-together information to get to the good stuff. Throughout my journalism career, I grew accustomed to experiencing that pang of Why didn’t you tell me? The thing is, sometimes people aren’t hiding anything — they just don’t realize when they’re sitting on a narrative goldmine.

Today in my role guiding content strategy for clients, I’m on the other side so-to-speak. People quite literally hire us to help tell their stories. Still, although I’m sort of an insider now, just like my friends at the wildlife organization, stories don’t just fall into our laps. In fact, there’s still a lot of digging involved.

For those of us whose job it is to tell stories — whether about barn owls or blockchain — here are five simple tools and techniques of the reporting craft that can help uncover story nuggets:

Just like in reporting, when people don’t have a deliberate agenda or specific topic they want to address, sometimes chatting with them about what they’re working on is the best way to spot a story. As journalist resource Poynter puts it, “Think of small talk as the mayo in the tuna salad sandwich of your reporting.” In one particular client case, simply talking about what’s happening at the company, or about what she has been hearing from her clients has led to the creation of an engaging and educational twelve-page guide, a series of published articles, and an invitation to give a solo presentation at an industry event. All that from taking a little time out for tuna…er…mayo…I mean…small talk. 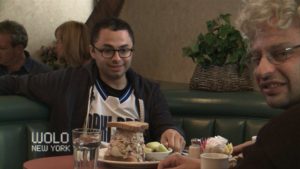 If there’s anything that separates reporters from other people it’s our willingness to ask questions. (Hey! I know what you were thinking!) Unfortunately, a lot of people have trained themselves to suppress a question rather than vocalize it because they’re worried that by asking it they might seem rude, disrupt the conversation flow, or (yikes!) they won’t seem smart. When I’m gabbing with a client and she mentions a project, I ask for more detail. If someone uses a word or concept I’m not familiar with, I ask for an explanation. There’s a lot of jargon in business, and even internally, companies have their own unique lexicon. When I hear something like, “We’re going through our regular track module overhaul,” I probably don’t know what it means, but there might be a story nugget there. Don’t be afraid to ask!

Do you have a question but you’re worried about interrupting a colleague or client while they’re talking? Of course, we should be respectful of people and not interrupt every time we have a question. A simple technique I developed very early on in my reporting days was to make a note of questions as they popped into my head, either in the digital document where I take interview notes or on a slip of paper or notepad next to me. When there’s a natural break in the conversation, that’s the time to go back and revisit that follow-up: “Before we move on, you mentioned banana stands. What’s that all about?”

Just like during my reporting days, it’s rare that I am on the phone or in a meeting with a client or colleague and I haven’t brought a physical notepad or created a Word document to keep track of the conversation. During phone calls, having a Bluetooth headset on while I’m talking is the easiest way for me to free my hands to type or use a pen. Even if you don’t want to go to this length, be prepared to take notes in a way in which you feel comfortable.Not only does this allow for more efficient follow-up when it comes time to recap the talk or create next-step action items, it provides a record to reference in the future. Sometimes phone call notes are where the story nuggets hide. 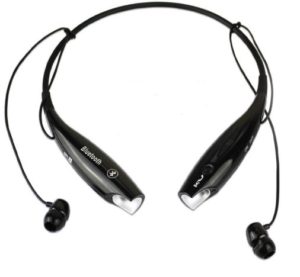 This advice is aimed as much at the keeper of the stories as those charged with uncovering them. As I noted before, sometimes people don’t realize when there might be story value in things they perceive as mundane or obvious. Sometimes story concepts can emerge through a willingness to share company activities, initiatives or even data that might seem commonplace. For instance, a few months ago when a client didn’t think a particular piece of information had news value it came to the attention of our team only after its timeliness faded. We thought there still was something there and brought it to the attention of a reporter. Even in its less-than-fresh state, the reporter agreed there was a story there and the item got coverage. If only the client had run it by us sooner — we may have gotten even more!

I realize I’m making it seem easy. There’s a reason experts and strategists with backgrounds in journalism and media can really come in handy when it comes to crafting great stories. But by incorporating some journalist tips for company blogging into day-to-day work discussions, content developers can sniff out the news, illuminate interesting tidbits, and dust off the gems others might think are irrelevant.