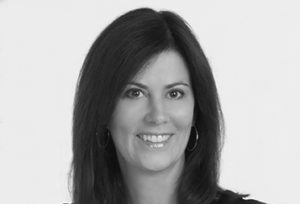 “Success in Sales is heavily dependent on successful marketing. Ideally, the two teams are in lock step and working from one unified, collaborative plan.

I have tremendous respect for the team at SalientMG, and it’s been really impressive to watch them execute programs that go beyond traditional marketing and impact full organizations.”

Betsy Flounders Novak is the Director of Strategic Partnerships at AcuityAds. Previously, she was head of global brand partnerships at Grindr, where she she utilized more than 20 years of television, mobile and digital advertising experience to help Grindr map the LGBTQ community to the world around them and advertisers to the valuable audience.

Throughout her career in New York City, Chicago and LA, Betsy has been laser focused on creating and executing campaigns with excellence, and as a result, she has built and sustained robust client relationships across the top advertising verticals.

Betsy holds a B.A. in economics and business administration from the University of New Hampshire Peter T. Paul College of Business and Economics.