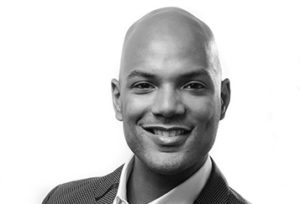 “Now that mobile’s share of our time and daily lives is greater than ever, it is imperative for brands to effectively communicate with audiences via their most personal devices.

In order to drive further growth, the industry needs real experts who understand and evangelize mobile, and that is what the senior advisory team at SalientMG brings to the table.”

Milton is in charge of mobile & video strategy within News UK’s commercial digital team across all brands/platforms including The Sun, The Times, and The Sunday Times.

Formerly a performing artist, Milton Elias began his career in mobile and digital marketing within Publicis Group’s Phonevalley in Paris, France back in 2008. During this time, he was instrumental in educating and successfully bringing numerous high profile clients on-board the mobile channel across a variety of markets. Later a Starcom MediaVest Group, he built the group’s UK mobile team and product whilst working with clients like Samsung, Honda, Heineken and Pizza Hut as they entered the mobile marketing space. Most recently, Milton served as Head of Mobile and Tech Futures within Omnicom Media Group as OMD UK’s , where he was responsible for leading the agency’s mobile marketing offering across its range of clients, including Live Nation, McDonald’s, PepsiCo and Coty (Rimmel London).

Milton has also been responsible for brokering and bringing numerous media firsts to market, including the world’s first 3D tablet ad, the first ad campaign on YouTube Mobile in the UK and Europe, and the first entirely branded level within Angry Birds mobile apps. His work has earned awards from the likes of the Mobile Marketing Association and numerous marketing publications.

He has been named one of MediaWeek’s ‘30 Under 30’, one of Campaign Magazine’s ‘Faces To Watch’ and was named the 2nd most influential person in mobile marketing by The Drum, in addition to becoming a contributing author for the UK’s Internet Advertising Bureau’s ‘Mobile Handbook for Brands.’

Milton completed his undergraduate studies at the University of Vermont and holds a Master’s degree in Marketing from Birkbeck, University of London. He currently resides in London, England.