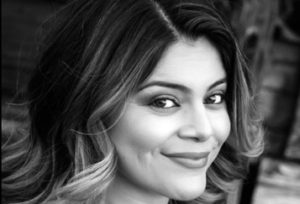 Nuria Santamaría Wolfe is co-founder and CMO of Encantos Brands, PBC. Encantos is an award-winning family entertainment education company re-imagining education through entertainment and technology by building digital-first, direct-to-consumer brands to help kids learn the 21st skills today that they need to be leaders tomorrow.

Encantos’ first brand is Canticos – an Emmy-nominated and two time Kidscreen winning bilingual preschool brand. Through a licensing agreement with Nickelodeon, the Canticos digital animated series is available across Nick Jr., NOGGIN, YouTube, Amazon Prime, and with music on Spotify, Pandora, Apple Music, and many other music streaming platforms. The award-winning Canticos books are available at Amazon, Target, Barnes and Noble and many retailers worldwide.

She held leadership positions at firms including MediaLink (acquired by Ascential), EQAL (acquired by EverydayHealth) and Consorte Media (acquired by AudienceScience). She began her career in technology consulting at Accenture in the Customer Experience Management group.

Among many recognitions for her work, Mrs. Wolfe has been named an ‘Advertising Age: Woman to Watch’ and a ‘Top 40 Under 40 Tech Diversity: Silicon Valley.

She has been featured as an industry expert in articles for The Wall Street Journal, Forbes, Ad Age, Advertising Week, The Drum, and others. She’s been a featured speaker at many conferences including ANA, ARF, MCM, sfAMA, and more.

Mrs. Wolfe is a passionate supporter of diversity and representation in the media and tech industries. She is an Executive Board member of HLx Collective – an organization committed to increasing Latino representation in the entertainment industry; and is on the board of the Stanford Latino Alumni Association of Southern California.

She graduated from Stanford University with a B.A. in Economics and a minor in Spanish.