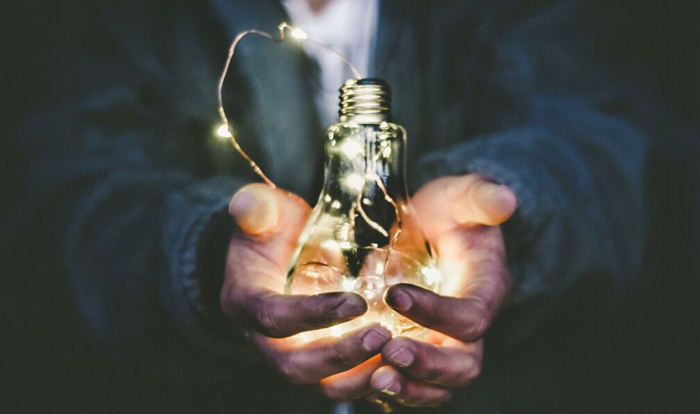 Gayle and Ashley were dining at The Regency on Park Ave, a breakfast power spot they’d been frequenting for the past two decades. After a long and extremely successful corporate career, Ashley now served as a non-executive director on several boards while Gayle was considering selling her headhunting business (but refusing to consider retirement).

Both executives were part of a powerful networking group that needed fresh recruits to take it into the new-normal hybrid pandemic work arena. After catching up on each other’s news, Ashley directed Gayle’s attention to a stack of the trade press she had marked up on the Metro North that morning. Gayle, smiling, pulled her tablet out of her bag to show she’d already cross-referenced many of the same items.

Building a tradition of trust

The new Edelman-LinkedIn B2B Thought Leadership Impact Study had just been released. Ashley pointed to one of its key take-aways: “A pandemic-induced glut of low-quality thought leadership content is diluting its perceived value among B2B decision-makers.”

While agreeing with the statement, she also said it showed the importance of context – as in where executive thought leadership content was published.  Unless it was a trusted outlet, she really didn’t bother reading anything anymore. Life was just too short.

Gayle agreed, forwarding some links to articles she’d liked. Between them, they’d spotted the same five up-and-coming executives. Ashley offered to call them, as they looked like promising candidates for the networking group. Scanning through their author profile pages Gayle found their social handles and did a quick review before sending LinkedIn connection requests.

“I’ve already contacted them all,” said Gayle, “But you might want to take a look at this one, she has something new to say about outbound marketing. Aren’t you looking for a panelist at the next group event for one of your advisory boards?”

Gayle made a note in her calendar to contact one of the other executives – she had just the right C-Suite role for her, at a client’s organization. Meanwhile, Ashley was also making plans to connect the author of a thought leadership piece on new digital sales channels with her contact at Conglomerated Inc. who had said he was open to new agencies bidding on the next round of RFPs.

It was a routine that had served them well and continued to do so–particularly with the faulty perception in recent years that “more” was equivalent to “better” when it came to thought leadership. By narrowing their focus to trusted outlets that consistently delivered high-quality content from interesting up-and-comers, Gayle and Ashley trusted that the contacts and connections they made and nurtured would prove beneficial to everyone in the long run.

Meanwhile, at a much less glamorous locale across town, a mid-career executive grabbed her gym bag after a workout and looked at her phone. Astonished, she saw that her thought leadership piece, which had only been published the day before, earned her an invitation not only to a speaking engagement, but to a highly coveted invitation to an industry networking group.

Later that day, another up-and-coming professional ran into her boss’ office with the fantastic news that they’d been added to the agency pitch roster for Conglomerated Inc. She followed that great news with some that proved surprising to him–the invitation had come because of a thought leadership article she had written. That kind of “self promotion” wasn’t something he’d initially supported, but the size and impact of this potential new deal had him reconsidering his stance on the larger role thought leadership could play in their overall business performance.

A month later, five rising stars gathered on the 51st floor of the World Financial Center in downtown NYC. They were preparing to give inaugural speeches at one of the most elite networking groups in their industry. Despite being nervous, all were blown away by the caliber of members in that room.

They knew their careers had just entered a whole other echelon. Their bosses back home were also expecting them to bring back some major business too. Which, in time, they would. That sort of exposure was impossible to buy.

Although our story is partly fictional, it contains elements that have proven true for some of our clients. Particularly in these times when maintaining trust and humanizing brands have become a priority, executive thought leadership is crucial. But it’s equally important to set appropriate expectations.

Executive thought leadership is not about quick hits or generating leads, it’s about patience. The right people will come back to you when they’re ready to find out more about your ideas and how you’re being innovative, thoughtful and ready for what’s next within your industry.

But don’t just take our word for it. Here’s what the annual Edelman-LinkedIn B2B Thought Leadership Impact Study found, in its survey of over 1,000 decision-makers:

This post is the second in a series about the value proposition of executive thought leadership. Be sure to read the other posts in the series: